Produce of the Week:  Apples

At this time of year, we often think back to past Thanksgivings.  Some memories are of celebrating the holidays far away from home with a “family” of friends who also were far away from their homes.   Others are of a holiday with family of aunts, uncles, cousins, spouses, and grandparents.  A table laden with turkey, ham, home canned vegetables from the summer garden, a variety of salads, multiple kinds of breads, rolls, condiments, and deserts -- lots of desert.  Enough food to feed at least one army platoon.

Of course, any holiday meal would not be without its least favorite dish.  Mine was grandmother’s oyster stew. Being a formidable women, you could not pass the stew without taking at least a tablespoon of the noxious stuff. My choice was to eat the stew first and hope that the next mouthful of something would kill the taste.  Hence, my penchant for watermelon rind.  Sweet, spiced with cinnamon and nutmeg -- did the job of erasing the memory of the oysters.

By far my favorite dish at the Thanksgiving feast was my mother-in-law’s apple pie.  No coconut oil, imitation butter, “healthy” imitation oil for the crust.  No ma’am.  She used the vein clogging, heart stopping old fashioned lard.  Best pie crust ever.  Speaking of pies, perhaps this Thanksgiving you might want to try this version of an apple pie.

Stop by the store, get apples for the pie, and share memories.  The Village Bountiful wishes all a happy Thanksgiving!

OUR Community. OUR Market.

​The Village Bountiful Community Market is a consumer-owned market - that means if you become a member-owner, you actually own it!  And so do your neighbors and friends.
ABOUT US 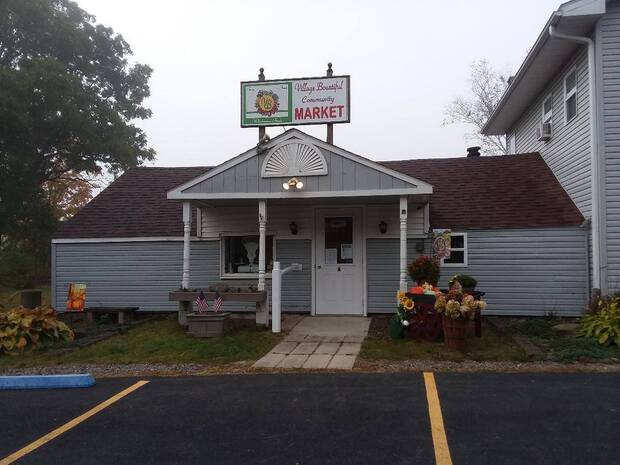 EVERYONE can shop.  ANYONE can join.

It takes a community to build a market! The Village Bountiful Community Market got where we are today because of the hard work of dedicated volunteers. We invite you to JOIN US as a volunteer and share your talents to help move us forward to the finish line!
SIGN UP NOW
You will be redirected to mailchimp.com to be added to our Volunteer Mailing List.